Such a device would be small enough to wear on your body or — for the more intrepid — in your body.

It would communicate wirelessly with digital thermometers positioned throughout your environment and adjust its temperature accordingly.

In places without “coverage”, you can use a PC to control the device manually.

As an aside, “PC” can include tablets and smartphones.

Then, in your home or office, the air conditioner can operate so it doesn't waste electricity: if the outside is cool enough, it'll throttle down its thermostat and fan.

As you drive or ride between office and home, your vehicle picks up signals from other vehicles — their distance and speed, and road conditions — and alerts the driver of any needed adjustments. E.g., that it is safe to pass the vehicle in front.

Images courtesy of clikr.com, except for the Twin-Lens Reflex camera, which is mine

You eat out, and the menu picks up signals from a device on you and warns you of allergens, high cholesterol content, and other potential health hazards, and suggests safer items.

But don't blame that on-person device if the menu suggests more expensive items. After all, health is wealth, meaning it has a price.

This is the Internet of Things (IoT), also known as the Internet of Objects, because it consists of devices exchanging data and adjusting their behavior without the need for human intervention.

The European Research Cluster on the Internet of Things says:

Internet of Things (IoT) enables the things/objects in our environment to be active participants, i.e., they share information with other stakeholders or members of the network; wired/wireless, often using the same Internet Protocol (IP) that connects the Internet.

Cisco has conducted analysis on the potential economic impact of the Internet of Everything, the findings of which we’re releasing today. Our analysis indicates that there is as much as $14.4 trillion of potential economic “value at stake” for global private-sector businesses over the next decade, as a result of the emergence of the Internet of Everything.

Note that Chambers refers to IoT as the Internet of Everything, but they're analogous frameworks.

And in case you missed it, Cisco believes that IoT will be worth $14.4 trillion over the next 10 years.

It's real. And it was big at the Consumer Electronics show (CES) at Las Vegas early January 2013, and even bigger at this year's CES.

Fitbit has a smart scale that transmits your data to their server so you can track your weight and compare it against your goals.

Fitbit also has wearable activity trackers that record your steps, distance, and calories burned and sync automagically with your Windows, Mac, or iOS PCs, or selected Android PCs.

Ohio-based Infomotion has devised a Bluetooth-equipped basketball that analyzes how the player handles the ball, then transmits the data to an iOS or Android PC. The trainer can then suggest improvements.

It's not yet in production, though, and is turning to Kickstarter to fund production. When it's out, I'll want to take on LeBron James one-on-one. Or Kobe Bryant. Or Kyrie Irving.

One cool thing about the IoT is that it's not a black-tie party. Refer to the IoT-and-Arduino link below.

For the uninitiated, the Arduino is a cheap microcontroller that is open source in that the schematics are available, so that you can produce your own Arduino-compatible microcontrollers.

In fact, local company e-Gizmo Mechatronix Central has their own implementation.

As with any fledgling technology, IoT faces challenges: mainly, standardization, privacy and security, and governance. Nevertheless, within the next 10 years, we can expect the Internet and smart devices to make work and play even easier. 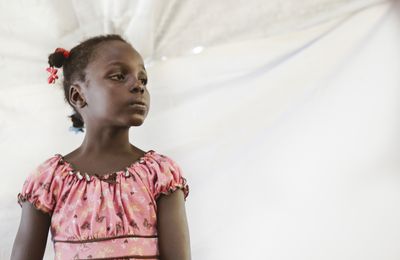 Social media as the new playground for cybercrime
Customers’ theme song: I can’t get no satisfaction
Free Hacker Movie
Comment on this post
Newsletter
Follow me
Search
Daniel Escasa "When You Know Better, Do Better"